​“Multum in Parvo​ is a Latin phrase which literally means, ‘much in little.’ But what it really implies is a richness that speaks beyond and outside of an objects’ present confines – There is more than meets the eye,” once wrote journalist Judith Reeve. It is the motto of a little known, yet highly regarded order titled the ​Association of the Order of Knights of Saint Sylvester​ and most often now referred to as the ​Order of Saint Sylvester​, whose mission is to protect the medieval church of San Sylvester in Tivoli and Rome. International diplomats, nobles and notable people that believe in the cavalry values of the Catholic Church are nominated and often welcomed into the association. The church of the name Saint Sylvester in Tivoli dates its origins to Pope Simplicius (468 – 483 AD) who was a native to the land, and is considered one of the oldest Christian buildings in the Tiburtine territory.

Don Kento Masuda​, a pianist and composer prodigy, hailing from Japan, was Knighted into the Association of Saint Sylvester in 2014 by Monsignor Luigi Casolini, a Vatican Cardinal. Masuda, known throughout the world as a decorated recording genius, is also the featured artist for the illustrious Kawai brand, for whom the company built a signature one million dollar crystal grand piano, and reproduced it only four times for prized collectors looking to own the piece of a legacy. It was on this piano that Masuda played in May of 2019 for the annual gala at St. Sylvester, honoring new inductees to the order. Don Kento Masuda also serves as Maestro to the Vatican. 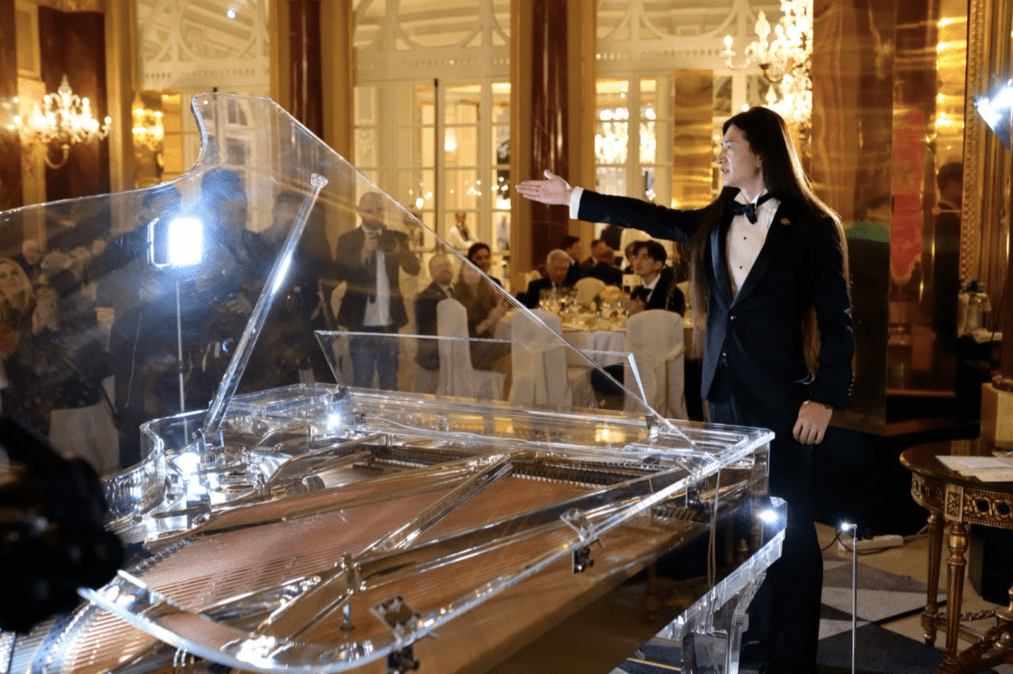 Saint Sylvester, the 33rd Pope of the Catholic Church, died on December 31, 335 AD. His legacy building large cathedrals and churches throughout Italy with the help of Emperor Constantine, remains synonymous with his good name and grace. One account of his life titled the Donation of Constantine, tells the story of how the emperor sought to marry a second wife, requesting Sylvester to grant him such course. Instead, Sylvester denied Constantine and fled on the threat of death – only to hear weeks later that Constantine had taken ill and wished for Sylvester to return and convert him to Christianity where upon doing so Constantine was immediately cured. It is said that Constantine then conferred papal ​auctoritas​ (authority) or guiding imperial ​potestas (power) and is remembered specifically for the Council of Nicea, the baptism of Constantine and the triumph of the church during a time of intense persecution.

Don Kento Masuda’s last album was released in 2014 and titled ​Loved One ​which was considered for a Grammy award. As an official voting member of The Recording Academy, Masuda has often travelled to Los Angeles for the awards ceremony, attending in 2019 with Swedish pop-star Elsa Andren and his publicist. While the world in 2020 has turned into a strange and less-than-desirable course for many, Masuda and the ​Association of the Order of Knights of Saint Sylvester ​continue to move toward restoring the good order of the world at large, delivering opportunity into the hands of the faithful, and the needy throughout the world. While the stories of good done by the order very rarely appear in media, it is certain that there is Multum in Parvo – m​ ore than meets the eye.

Previous articleKento Masuda: The Mozart of the New Age